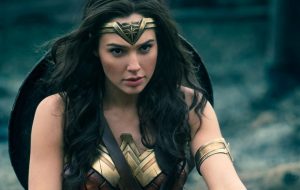 I recently talked with an international student who expressed how hard it was for her to write her resume. Culturally, she had been taught that promoting herself was bragging and inappropriate. She came to the U.S. and our DU career coaches advised her to include her accomplishments in her application materials. This was inconsistent with how she had been raised and it took real effort for her to overcome that hesitancy before she could produce an American resume.

This conversation reminded me that all of us face socialization hurdles at one time or another. Many of our social influencers teach men to be strong, “suck it up” and hide their emotions. Just watch any old Western movie. On the other hand, the same influencers teach women that their appearance is a priority and they must nurture and act as a caregiver. Have you watched Cinderella recently (admittedly my all-time favorite movie)? Cinderella is incessantly kind, watches over the mice, her fairy godmother provides her with an awesome ball gown and she marries a handsome prince who rescues her from the cinders. These stereotypes can cost both men and women dearly in terms of their mental and physical health, overall well-being and professional success.

When writing resumes, women tend to focus on how we “assisted” and “helped” instead of how we “directed” and “led” projects. We focus on the team instead of  “I”. We’re afraid to overstate our roles.  We don’t apply for jobs unless we have 100% of the qualifications. In performance reviews and salary negotiation, we soft-pedal our accomplishments. We minimize our own successes and instead give credit only to the team. 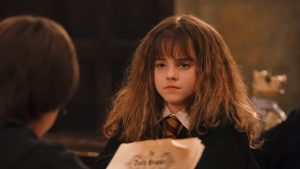 It’s time to start modeling ourselves after Wonder Woman and Hermione Granger. Wonder Woman’s appeal is her courage, sense of right and willingness to fight for others and win. But she never loses sight of who she is and what she has accomplished. Hermione Granger might pine after Ron Weasley, but she isn’t willing to hide her intellect to win him over and is consistently the one who saves her friends from certain death.

When you work on your resume, apply for a new job, or compose your self-evaluation, think like Wonder Woman and Hermione. You were instrumental in your team’s success. Your ideas and projects achieved the company goals. You don’t have to ignore others’ accomplishments–just be sure to recognize your own.