How to Include Honors and Awards in Your Resume

If you are a student or a recent graduate trying to find work, you may not have a lot of experience to list on your resume. But you do have other achievements and accomplishments to show that you are a good candidate for the jobs you are applying for. In particular, any awards or honors you have received make a great addition to your resume and help you stand out from other applicants. However, it is important that you do this in the proper manner, and include your honors and awards in the right place in your resume. 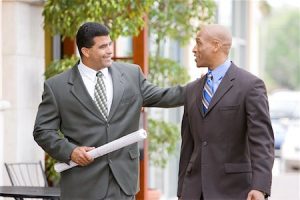 Where to Include Awards and Honors in your Resume

First and foremost, be sure to create a separate section for your awards and honors. You have received recognition, and you need that to stand out so potential employers take notice. This section should include the awards you have won, the date they were received, the purpose of the awards, the significance of the awards and their scope (local, regional, or national). While this section does need to stand out, it shouldn’t be the main focus of your resume—experience, if you have any, should be the main focus.

You may have had many accomplishments during your school career, but this doesn’t mean that they are all going to help you land the job you’re looking for. You only need to list accomplishments that pertain to the type of work you are applying for. For instance, if you are applying for work in science or medicine, employers won’t necessarily be interested in your participation trophy in the school dance team. If you are in college, try to avoid using honors you received in high school. They are old news, and employers want to know what you have achieved most recently. However, if the only honors or awards you’ve received are from high school, and they’re relevant to the job you’re applying for, it’s a good idea to include them rather than leaving this section blank.

If you are going to mention an accomplishment, explain what it is as concisely and simply as possible. For example, instead of saying, “high school student with excellent grades”, it is better to say, “high school student named to the honor roll three years in a row”. Also be sure to include the date of the award, and any other pertinent details.

Some people think that they can lie their way into getting a job, including lying on their resumes about awards and honors they have received. This is never a good idea. In the end, you are likely to be caught out, which means you stand no chance of getting the job. Even if you have no honors to show, it is better to leave this section out of your resume than lying and being caught and seen as dishonest—honesty really is the best policy in this case.